Dr. Michael Saag made a difference as a doctor and a patient 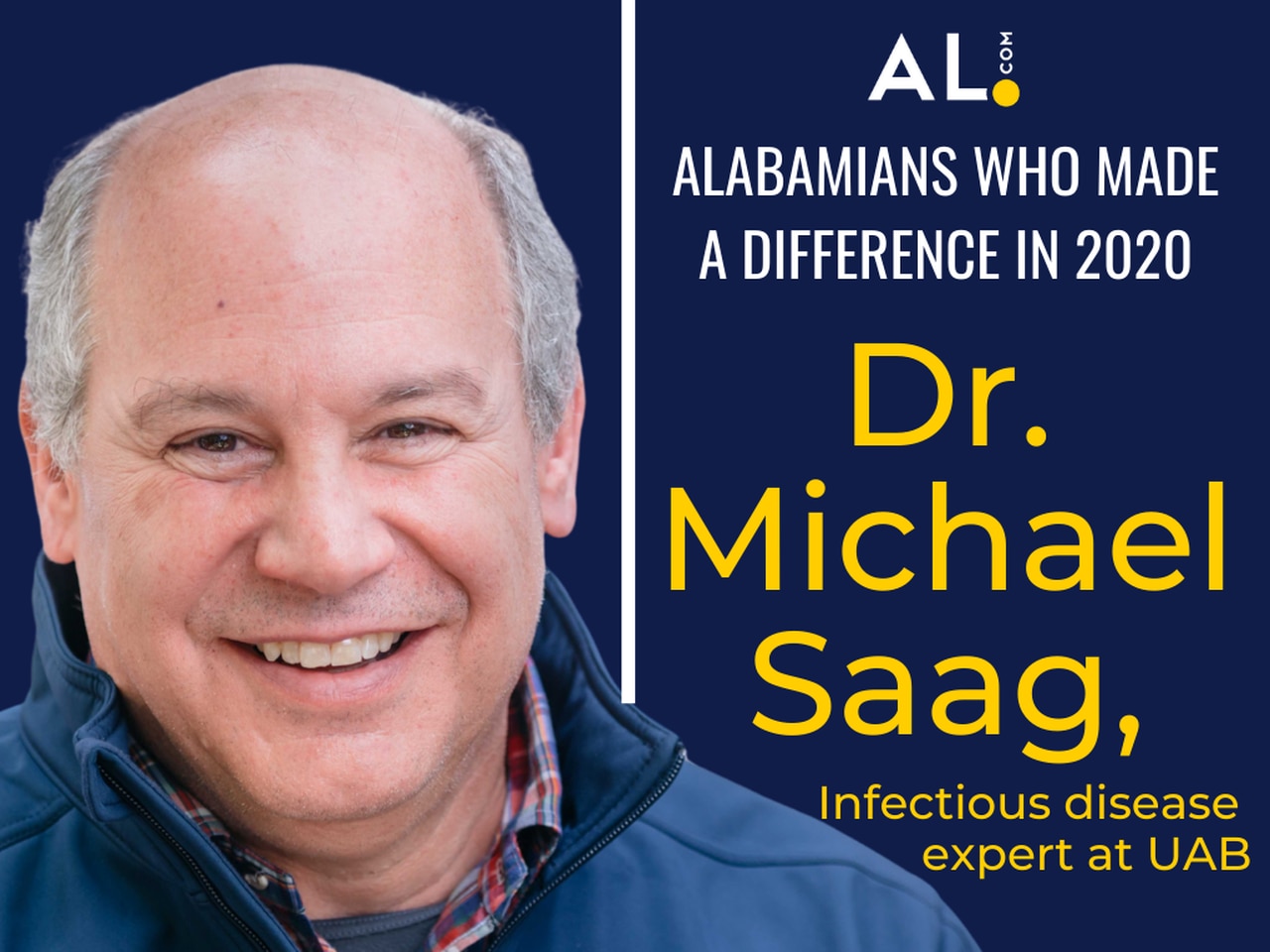 Before 2020, UAB’s Dr. Michael Saag was already world-renowned for his work researching treatments for HIV and other infectious diseases, but when COVID-19 hit, his area of expertise took on a whole new level of importance for Alabama and the rest of the world.

Then, just days after Alabama reported its first confirmed COVID case, Saag announced that he too had contracted the virus.

As a physician, a researcher and as a patient, Saag helped guide Alabama and the rest of the country through what to expect from the virus, and what it was like to experience the virus as a patient.

“Our State is about to be hit by a major storm and, unfortunately, we are not nearly ready to respond,” Saag wrote in an op-ed on AL.com published March 13, the same day Alabama would announce its first confirmed case of COVID-19.

Saag laid out what Alabama should expect from the virus is terms that now seem eerily prescient, warning of taxed hospitals and strained intensive care units and telling people how they can avoid contracting the virus.

“Initially, when COVID was affecting mostly areas in the Northeast and West coast, many Alabamians didn’t think it would impact us,” Saag said this month. “As the summer evolved it became clear that we were not geographically immune and getting messaging out regarding how to stay safe was the most important thing we all did.”

Four days after that, Saag himself announced that he had tested positive. He described his experiences with the virus for The Washington Post, telling of a series of “Groundhog Day” moments when he symptoms would seem to be getting better, only to return with a vengeance the next morning.

Since then, Saag has been a fixture in local and national media outlets, trying to prepare the country for the long fight against COVID.

Saag said he hopes the work he and his colleagues at UAB are doing to educate the public have made a difference in that fight.

“Having worked in HIV care over so many years, I learned first-hand about the importance of ‘telling my story’ in order to make the impact of an epidemic real; put a story to the numbers,” Saag said. “As a clinician with public health and Infectious Disease expertise, living through the infection directly gave me a relatively unique perspective that I have tried to communicate to the public.

“I think this has been effective.”

When asked what was the most challenging part of his work in 2020, Saag said it was the resistance he faced for trying to inform people about the virus.

“For the life of me, I cannot understand how so many of our fellow citizens have such antipathy to information about a potentially fatal disorder that is a threat to all of us,” he said. “I suspect historians and anthropologists will study our response to the pandemic for decades to come. Perhaps we will gain insight to the resistance over time.”

And, of course, there is more to be done.

“This pandemic is Public Health 101,” Saag said. “It is not mysterious. It is standard epidemiology. Simple, really. But what is hard is getting the message through. That is the remaining challenge as we hopefully bring this pandemic under control with the vaccine over the next 8 to 10 months.”