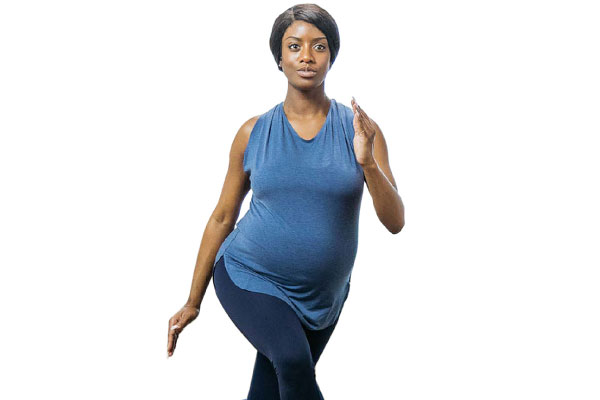 There are a lot of things that come with being pregnant. It could be backache, swollen ankles, lack of sleep and even bloating and constipation. These things often make one feel uncomfortable.

Although it may seem like a perfect time to relax, you need to keep those muscles moving.

According to Dr Torooti Mwirigi, a general physician, contrary to popular belief, exercise during pregnancy is crucial.

Many pregnant women have reported that exercise during pregnancy improved their mood, made them more energetic, helped maintain their posture, helped them sleep better at night, eased the process of getting back to pre-pregnancy weight, and some even reported more stamina and endurance during labour.

Dr Norman Stephen Merica, a physiotherapist, says it is important for every pregnant woman to go for antenatal care. During antenatal care, physiotherapy is advised for the mothers to train them on appropriate exercises to strengthen their pelvic floor muscles and legs.

During pregnancy, the body keeps loosening and enlarging to accommodate the growth of the baby, the more reason to exercise to keep in shape.

Is it safe?
Dr Merica says it is safe for a pregnant woman to exercise because planned exercises help improve her posture, reduce discomfort such as backaches and fatigue and poor breathing.

Solomon Kirinya, a fitness trainer, says most ladies he works with normally want to gain energy to be able to push a baby and reduce chances of a caesarean birth.
Benefits
According to Merica, exercising, especially in the first trimester helps increase blood vessels in the placenta. This, he says, makes it efficient in the exchange of nutrients between the mother and baby.

Exercise reduces fatigue and relieves constipation and bloating by increasing the essential muscular contraction of the intestines, which promotes bowel movement.

Torooti says exercising reduces back pain by strengthening the muscles of the lower back, which is particularly important as the pregnancy progresses and the abdomen distends, with most of the support coming from the lower back.

“It also improves sleep and controls stress since by releasing excess energy; it tires one out ensuring that sleep is deeper and more restful,” Torooti writes.
Stable mood
Because exercise releases endorphins, the chemicals in the body that trigger a positive feeling, often described as joyous or euphoric, mood swings are stabilised.

He adds that breathing and relaxation exercises, which are commonly incorporated in antenatal classes during pregnancy are helpful in controlling pain during labour.

Although exercise in pregnancy is not aimed at reducing body weight, it helps maintain weight gain within the recommended range, which makes it easier to shed weight after pregnancy.
Caution
Mothers with heart conditions, high blood pressure, diabetic mothers, those with medical conditions such as bleeding or anaemia could get issues with some exercises as compared to others without those complications.

“Extremely obese pregnant mothers must engage in planned exercise by physiotherapists, as well as those with chest problems such as asthma or bronchitis,” Merica says.

One should also wear comfortable clothing for easier workouts. This includes comfortable and supportive bras which protect your breasts as you exercise and footwear to support both the arches of your feet and your ankles.

According to Mayoclinic.com, it is also important to note that exercises cannot stop after pregnancy. Continuing the routine will help you keep in shape.