Left to their Own Devices, People Take On More Risks in Pandemic : Shots 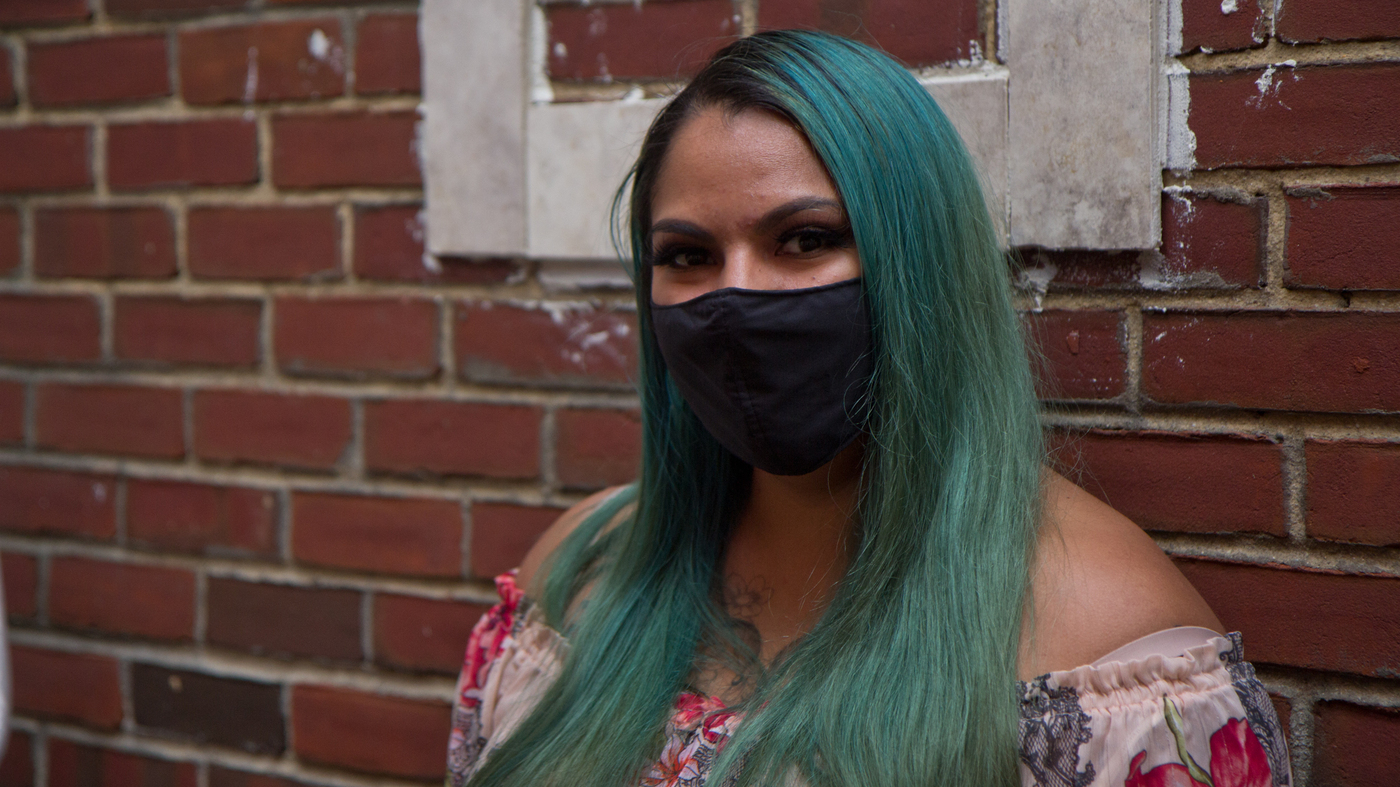 Over the summer in New York City, customers could patronize restaurants by using outdoor sidewalk seating. Physical distancing and masks were encouraged, but at this Brooklyn restaurant in July, few stayed far apart or wore a mask. Over the summer in New York City, customers could patronize restaurants by using outdoor sidewalk seating. Physical distancing and masks were encouraged, but at this Brooklyn restaurant in July, few stayed far apart or wore a mask.

She’s embarrassed to admit it, but there were moments over the summer when Adriana Kaplan almost forgot about the pandemic. In the beginning, the Philadelphia native had taken the coronavirus very seriously: She had all her groceries delivered and worked her software engineering job from her South Philly home. For the first two months of the pandemic, she barely left the house.

By the end of May though, she was starting to get restless. “I’m not good at just sitting at home,” says Kaplan, 29. “I felt trapped.”

Slowly, she began inching her way out of the house, first buying groceries at the corner store during off hours, when she expected fewer shoppers. She started hanging out with her neighbors again — first with masks, but then, increasingly, without. She went to the office a few times, and before long was heading in most days. She traveled home to visit her parents. She went on dates. It started to feel like maybe the pandemic wasn’t as serious as she’d thought.

“Nothing was happening to me, I wasn’t hearing anybody close to me having it,” Kaplan said. “The longer it went on, the more distant it felt.”

COVID-19 is now killing more than 2,500 people a day in the United States — a higher mortality rate higher than during the first wave of the pandemic. But without additional stimulus money from Congress, many state and local officials have been reluctant to re-impose lockdowns or restrictions that might jeopardize businesses. Instead, they are relying heavily on personal responsibility, in the hopes that individuals will, collectively, make the right decisions to curb the virus’s spread — to follow rules for mask-wearing and social distancing. 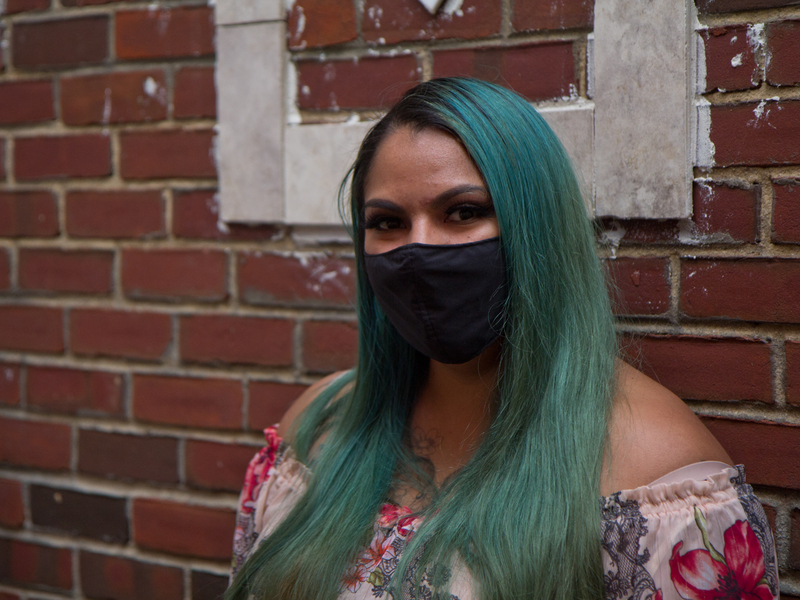 Adriana Kaplan, a software engineer, outside her home in South Philadelphia. 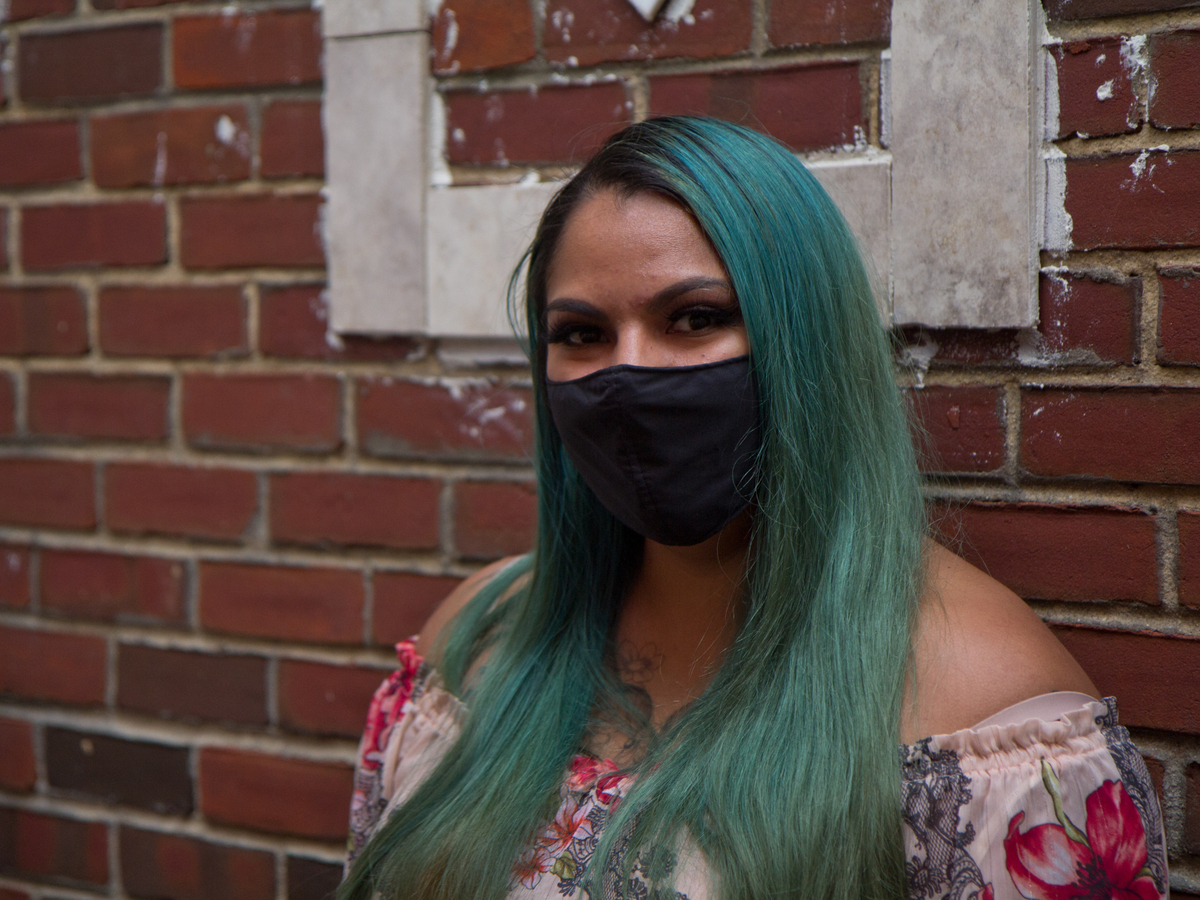 Adriana Kaplan, a software engineer, outside her home in South Philadelphia.

Yet for many, like Kaplan, the acutely-felt problems generated by isolation and inactivity have pushed aside the ominous implications of soaring case counts. Officials are relying on everyone to do their part to stop viral spread, but the public simply might not be afraid enough, anymore, for that to work.

The repeated refrains from governors, mayors and public health experts have become so familiar, they barely sink in anymore: wash your hands, wear your mask, watch your distance. Some officials have gone further, pointing to individuals’ failure to comply with this guidance as the reason cases are soaring.

“If you’re socially distant, and you wore a mask, and you were smart, none of this would be a problem,” New York Governor Andrew Cuomo recently proclaimed. “It’s all self imposed. If you didn’t eat the cheesecake, you wouldn’t have a weight problem.”

Governors like Cuomo don’t want to impose sweeping lockdowns like the ones in the Spring without federal relief funding that would help individuals and businesses hold out until a vaccine is widely available. The problem with banking so heavily on human behavior as the only solution to pandemic mitigation though, is that individuals are not great at assessing risk.

Research shows that when it comes to risk assessment, people are more likely to believe something hazardous will occur when they can easily picture it: maybe it’s already happened to them, or they’ve seen or heard about it happening to someone they know.

“For millions of years, we learned what was risky from our own personal experience,” says Gretchen Chapman, a psychologist and decision researcher at Carnegie Mellon University. “Now, we’re supposed to learn about risk by looking at public health department websites, to see how the cases are going up. Our cognitive system is just not set up to respond to that input for risks.”

In the time it might take for the human perception of COVID-19 illness risk to catch up to reality, thousands more people could die. Unless the deaths affect you personally, it’s too abstract, and there’s no motivating fear to behave accordingly.

But what is very real and palpable to many people is the economic pain and physical consequences resulting from shutdowns: 22 million Americans lost jobs in March and April. There is a documented increase in psychological distress resulting from isolation, job loss and illness. And mortality for causes other than COVID-19 has soared; people are seeking less health care for acute conditions, as hospitals limit elective procedures and people avoid them as vectors of COVID risk.

Chapman described the pandemic as a “public good problem”: something that doesn’t affect everyone in a society, but does require everyone’s cooperation to solve.

Young, healthy people may not feel they are putting themselves at much risk of severe illness if they go maskless or hang out in larger groups. But if they contract the virus, they could spread it to someone who won’t survive. Everyone must remain vigilant, in order for protective measures to work for those most at risk.

But vigilance can be exhausting. That’s why “public goods problems” aren’t usually left up to individuals to work out on their own, says Chapman.

We don’t say, like, ‘Taxes would really help the federal government and community services, [but] we think it should be up to individuals to donate taxes to the government because if they do, it’ll be so much better,'” Chapman says. “That would not work. People would not do that.”

It’s only natural, then, that many Americans are having a hard time keeping their entire community in mind as they think about how they, individually, move through the world and behave during the pandemic. Instead, says Chapman, people tend to focus on the patterns in their own behavior and, if they don’t end up sick, reach the seemingly logical conclusion that what they are doing is safe.

That’s what happened to Adriana Kaplan. Throughout her carefree summer, she wasn’t hearing scary stories about bodies piling up at morgues, or a friend’s parent hospitalized and on a ventilator — the anecdotes and images that would serve as daily reminders that the pandemic was still killing people.

On the contrary, Kaplan was rewarded for her risky behavior. Dating led to a relationship. She felt connected to her family. And it seemed like everyone else was doing the same thing. In the evenings, for example, she’d often take a stroll. One block over from her house was a bustling thoroughfare, where outdoor tables had taken over the streets and life continued, almost as before.

Fear helps motivate people to stay vigilant, but then it wears off

It’s hard to remain constantly vigilant against possible risks, especially for an invisible threat like a pathogen. The fact that some people stop trying is not unique to this pandemic, says Dr. Robert Aronowitz, who chairs the Department of the History and Sociology of Science at the University of Pennsylvania. He explains that pandemics and epidemics don’t usually end in a biological sense, rather they are simply foisted for the long term onto the social group that is most likely to contract them — usually, one that is already marginalized.

“AIDS hasn’t gone away. There’s new cases of AIDS all over the place popping up,” says Aronowitz. “There’s a sense among straight, middle-class people that it isn’t going to hit them in their lifetime,” he says, but maintaining that mindset involves “ignoring the populations who are vulnerable.”

Those who can afford to forget, do.

As summer turned to fall, Adriana Kaplan had a scare. She learned that a colleague she had spent a lot of time with at work had been exposed to COVID-19, which meant Kaplan also had to go into quarantine. She was suddenly flooded with guilt about having been so cavalier, going maskless. It felt reckless.

“While I was doing it, I didn’t feel like it was wrong, but looking back at it, I can see it probably wasn’t the best choice,” says Kaplan.

Now, she’s buckling down again with her behaviors. She canceled some travel and declined invitations to a few weddings she had previously planned to attend. She didn’t enjoy it at the time, but she’s actually glad she had that brush with exposure, because it helped jolt her back to reality — into remembering that the virus is still out there and still dangerous.

Until that scare up close, it had started to feel like someone else’s problem.

This story comes from NPR’s reporting partnership with WHYY and Kaiser Health News.