One mom’s stresses of pregnancy, pandemic and racism reflect those of many Black mothers | Momaha 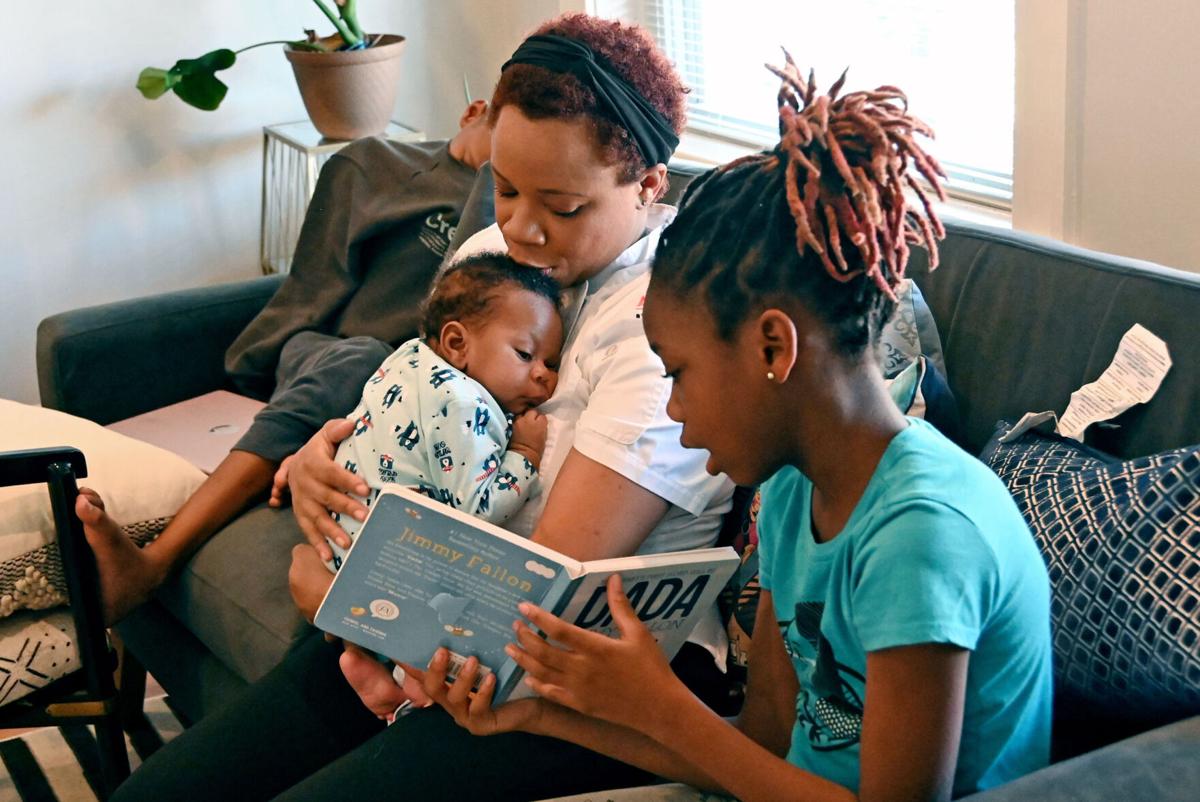 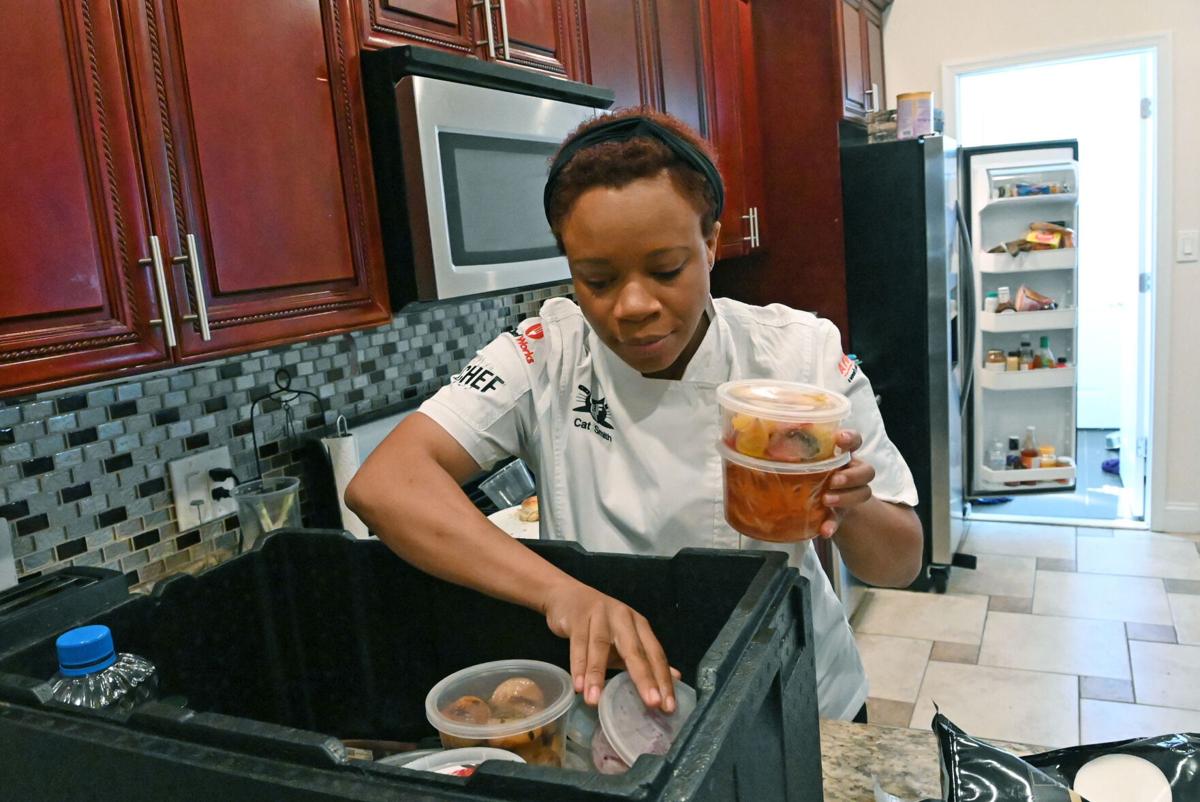 Catina Smith, founder of Just Call Me Chef, packs a dinner she is catering for clients two months after the birth of her third child, on Sept. 23, 2020. (Kim Hairston/The Baltimore Sun/TNS) 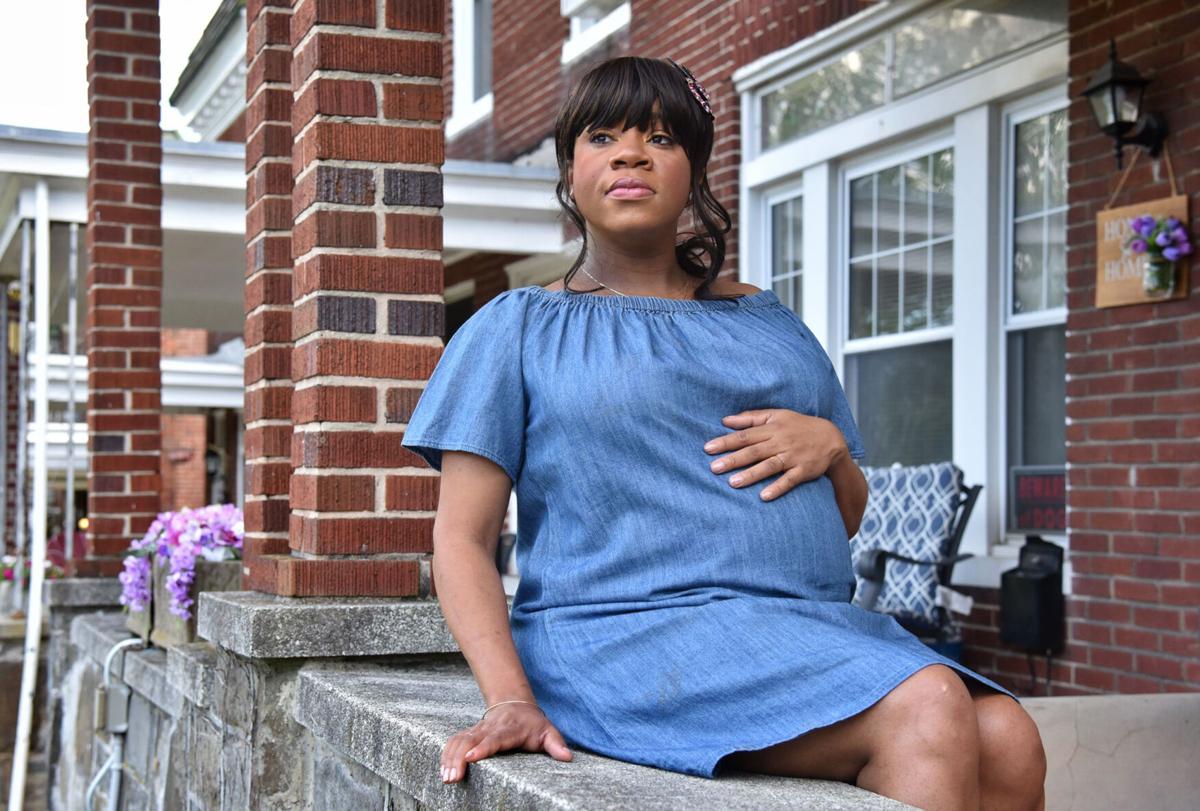 Catina Smith, 34, in July, days before giving birth. She faced the concerns of any expectant mother giving birth during the coronavirus pandemic, but as a Black woman, she was also mindful of the higher childbirth mortality rates and the long-term responsibility of keeping her Black sons safe. Smith has an older girl and boy. (Amy Davis/The Baltimore Sun/TNS)

Catina Smith thought she knew what to expect from her third pregnancy. The Baltimore native believed she had all the tools to guide her through the nine-month journey: training in the U.S. Air Force Reserve, a career as a chef, a supportive boyfriend, two responsible children and an app that showed her baby’s growth week by week.

But as her due date loomed this past summer, it dawned on Smith that this pregnancy was going to be much more difficult than she anticipated.

Smith, a 34-year-old Black woman, was carrying her baby along with the stresses of the COVID-19 pandemic and civil unrest ignited by police violence. What weighed most heavily on her, though, was fear, rooted in studies that show Black American mothers and their babies suffer worse outcomes during pregnancy and the postpartum period. Black mothers are three times more likely to die in childbirth than white women.

“I’m hoping doctors don’t brush off any concerns,” Smith said this summer. “If something doesn’t feel right, I hope they investigate.”

The stress Smith experienced in being pregnant while Black, and in being a mother to Black children, is compounded this year by the complications of the pandemic. It’s an experience shared by countless other Black mothers, experts say.

With a 12-year-old son and 11-year-old daughter at home, Smith understood the complexities of motherhood. But in March, she was furloughed. In April, her children were at home doing virtual learning, and in May, the death of George Floyd at the hands of police gave her anxiety over her 12-year-old son.