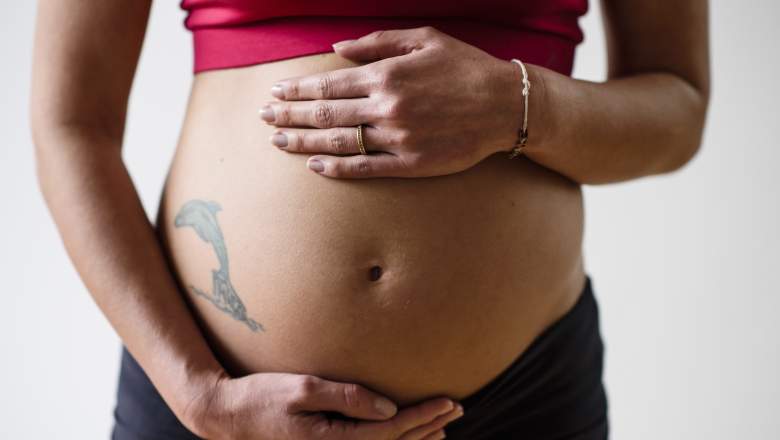 A former Love & Hip Hop Hollywood star has announced that she and her husband are expecting a child together. Brandi Boyd and Marcus “Max Lux” Boyd will be welcoming their third child, according to the latest post on Brandi Boyd’s Instagram page. The couple already has a son, Brandus, and a daughter, Cadence.

There were concerns of there being physical abuse going on in their marriage after Brandi Boyd broadcasted on Instagram Live during a heated argument with her husband. During the argument, Marcus Boyd could be heard saying:

At one point, Brandi Boyd then told their son, Brandus, to call 911 because his little sister was hit in her lip. Her husband then tells her, “I’m about to f*** you up b****.”

Brandi B husband Max is about to kill her . If you know her call 911 now! pic.twitter.com/cKPc7WC6DF

After going on Instagram Live, Brandi Boyd posted a statement to her Instagram page claiming that she was the one that became physically aggressive during their dispute, not her husband.

“I am fine he didn’t touch me I was choking him and fighting him all he did was verbal abuse me back I am sorry for going live,” the post said. “I did that to force us to take space knowing he wouldn’t want to argue on Live. Please pray for my family the devil is attacking so strong.”

She followed that up with a video showing that she didn’t have any bruises on her body.

I just want to take this time to thank everyone for your positive prayers and good energy. I’ve been praying and meditating and trying to get a hold on everything inside. I have no bruises, no marks on my neck, on my body. I’m okay…Nobody needs to ever be physical. And a lot of what was heard was only portions. There was more layers to things that was not on Live. I just want to say, at some point I have to realize that people are not being honest when they play the victim and there’s way more to the story and that’s left out.”

Marcus Boyd Admitted That They Both Verbally Abuse Each Other

After Brandi Boyd addressed their dispute in two posts, Marcus Boyd uploaded a video to Instagram denying that he physically abuses Brandi Boyd and their children. In the clip of their argument, his wife was heard telling her children that that was “the last time” they would see their father “beat on” her, so there was concerns of domestic violence.

Verbal abuse has been on both sides of my relationship and it is wrong,” he said. “But I do not beat my wife. I do not beat my children. My children are all healthy and happy and spoiled because I don’t even discipline my children…The lies need to stop,” he added. “Call it what it is. I was wrong for getting loud. Yes, I understand that but I don’t beat anybody. So, please I just ask that you give my family their space that we can reconcile our own problems within our family.”

Their former co-star, Moniece Slaughter, said these two have had a volatile relationship since their teenage years. In the comment section of a Hollywood Unlocked Instagram post about the incident, Slaughter implied that Brandi Boyd doesn’t want to leave the relationship.

“You can’t help somebody who doesn’t want to be helped,” Slaughter wrote. “They’ve been like this since we were teenagers. It’s unfortunate but she not leavin til he put her in a casket.”

READ NEXT: Why This ‘Love & Hip Hop’ Couple Is Celibate