‘Seven and a Half Lessons About the Brain’ Review: Gray Matter, a User’s Manual 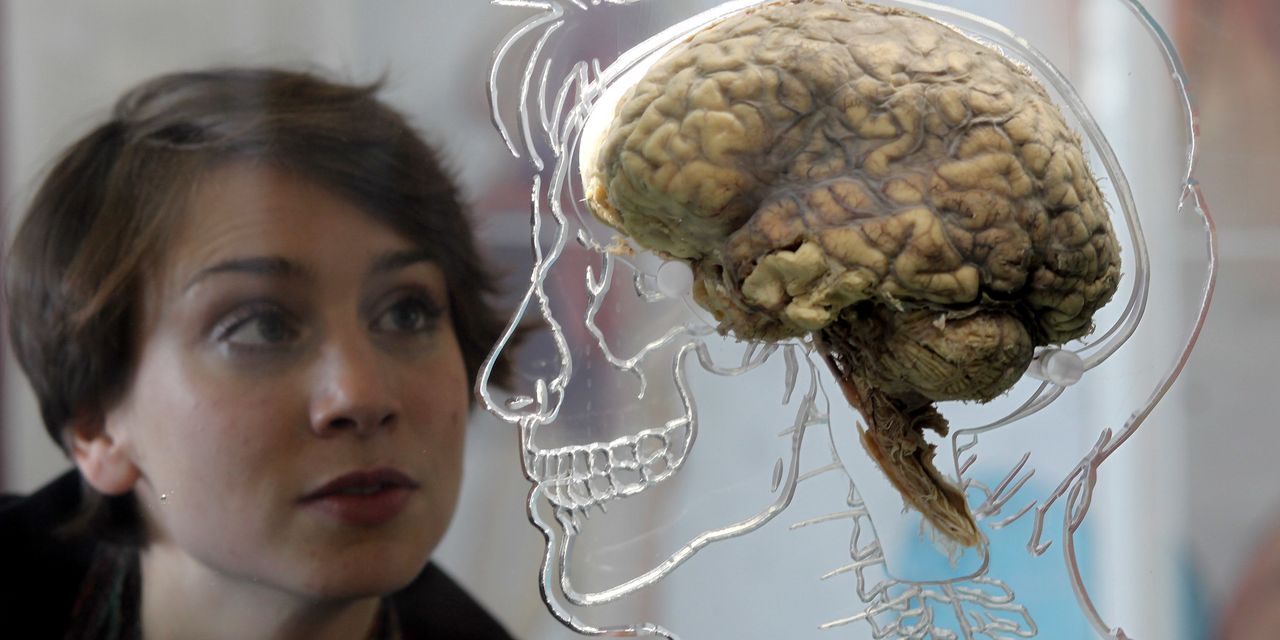 Are you doing something rash and unwise? Blame your “lizard brain.” Our reptilian instincts, which date from when we were all cold-blooded creatures around 300 million years ago, supposedly guide all of our primal urges, from throwing a punch to having an affair. Scientists have long posited that time and evolution stratified the human brain, with the oldest and crudest lizard layer lurking at the bottom, followed by the mammalian limbic system, which controls emotion, and topped by the uniquely human neocortex, which guides rational thought. This theory not only suggests that humans are the most evolved creatures, given our deluxe add-ons, but also explains the tug of war between our animal impulses and logical ambitions—an inner struggle Plato observed more than 2,000 years ago.

But according to Lisa Feldman Barrett, a professor at Northeastern University, the idea that the human brain developed a way to rein in our inner lizard is one of the most persistent and widespread errors in all of science.

Seven and a Half Lessons About the Brain

In her slim but potent “Seven and a Half Lessons About the Brain,” Ms. Barrett eagerly dispels this and other myths about the gray matter between our ears. She writes that the notion that the human brain has three discrete layers emerged in the mid-20th century, when the best technology available was a microscope. Based on visual inspection, the human brain does indeed look like it has parts that are not in the brains of other animals. But when scientists began examining the molecular makeup of brain cells in the 1990s, they discovered that neurons from various animal species may look different but often have the same genes, suggesting they share an evolutionary origin.

More dramatically, Ms. Barrett writes that scientists have recently discovered that the brains of all mammals—and most likely all vertebrates—follow a single manufacturing plan. This means every brain has the same essential ingredients but with species-specific mutations to aid survival in different environments. This, argues Ms. Barrett, undermines the idea that the human brain stands apart as the pinnacle of natural selection. Sure, our brain seems impressive, but we are simply one animal among many with a noodle adapted to the task of survival. “Other animals are not inferior to humans,” Ms. Barrett writes. “Your brain is not more evolved than a rat or lizard brain, just differently evolved.”

Ms. Barrett is not afraid of picking arguments. In her 2017 book “How Emotions Are Made,” she used research from her lab and others to contest decades of conventional wisdom about emotions. (Her basic argument is that emotions are not innate, universal experiences, but cultural concepts rooted in nuanced physical sensations that may differ from person to person.) With this book, she compellingly explains that much of what we thought we knew about the brain is wrong.

Perhaps the biggest misconception, Ms. Barrett writes, is that our brains evolved for thinking. Sure, our fancy brains are responsible for everything from suspension bridges to “Infinite Jest,” but these are byproducts of its main purpose: to regulate our physical resources to ensure our survival. Every brain essentially manages what Ms. Barrett calls a “body budget,” tracking resources like water, salt and glucose. “Every action you take (or don’t take) is an economic choice,” she explains, and our brains are engaged in constant guesswork about when it’s best to eat or flee.

As animals evolved larger bodies with more sophisticated systems for pumping blood and oxygen, the work of keeping these bodies running smoothly demanded a more advanced command center. If the earliest brains were like a single bank account, the brains for more complex creatures were like the accounting departments of big companies. The human brain, a product of hundreds of millions of years of evolution, now supervises over 600 muscles, balances dozens of hormones and regulates the energy of billions of brain cells, among other unconscious feats. But for all of its complexity, our brain’s “most important job” is to invest our energy in ways that pay off in terms of food, shelter, affection or whatever else we might need to pass our genes to the next generation.

These instincts are unconscious, but we can witness them at play. Writing this review, for example, cost me some sleep. In exchange for this short-term body-budget deficit, I am hoping to receive all sorts of things to help ensure my survival: money, attention, a relationship with an editor who may offer future work. But if I kept this schedule every day, the overdraft on my body budget would probably get me sick.

In breezy language, Ms. Barrett covers a daunting amount of territory. It turns out that it is wrong to believe that parts of the brain have exclusive functions, or that the left and right hemispheres have contrasting properties. No neuron, apparently, has a single job, and different groups of neurons can produce the same result. As for whether our personalities are the product of nature or nurture, Ms. Barrett argues that the relationship between our genes and our environment is “so deeply entwined that it’s unhelpful to call them separate names.”

The human brain is essentially “under construction” for the first 25 years, Ms. Barrett writes. Babies are born with many more neural connections than they need, and it is the job of caregivers to help strengthen necessary connections and remove unnecessary ones—a process Ms. Barrett calls “tuning and pruning.” Our impressively adaptable brain is what allows humans to thrive in places as diverse as the desert and the Arctic, but it comes at a cost. Caregiver neglect or inadequate nutrition can seriously harm a nascent brain, with lasting consequences.

This book’s brevity leaves plenty of room for questions: As Ms. Barrett admits, “there are still many more lessons to learn.” Why, I wondered, are our brains so much more complex than those of other animals? Does survival alone explain human ingenuity? And what is the use of those brain-based experiences that tax our body budget with little upside, such as anxiety and depression? “Our kind of brain isn’t the biggest in the animal kingdom, and it’s not the best in any objective sense,” Ms. Barrett concludes. “But it’s ours. It’s the source of our strengths and our foibles . . . It makes us simply, imperfectly, gloriously human.”