Woman in a wheelchair shares pregnancy journey on Instagram 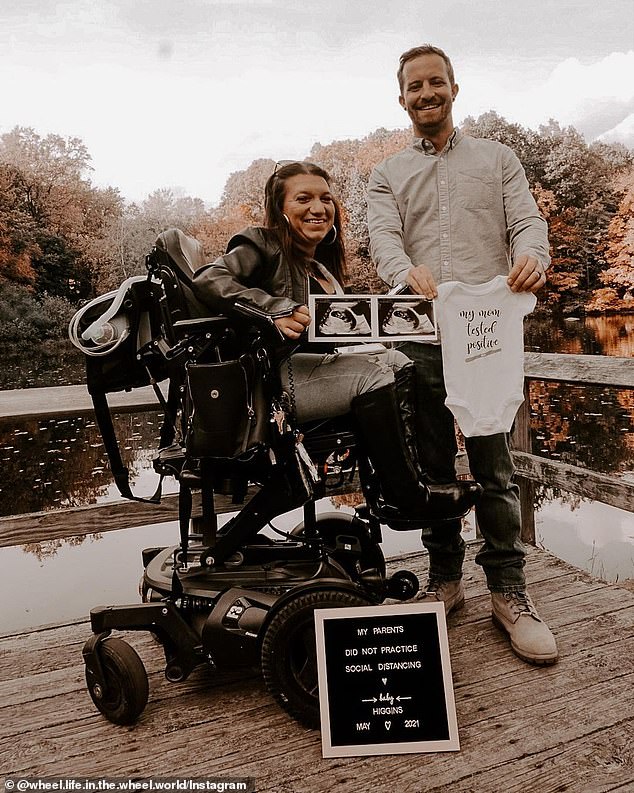 A wheelchair-bound woman who suffered a spinal cord injury at birth and only has one ovary is celebrating getting pregnant after initially being uncertain that she could conceive due to her health.

Alyssa Higgins, 30, from Rockland County, New York, surprised her husband Jimmy Higgins with a heartwarming photoshoot — during which she held up a sign telling him he was going to be a dad.

‘I had no idea what to say,’ Jimmy, 30, told Good Morning America. ‘I just turned around and my jaw dropped.’

Exciting: Alyssa Higgins, 30, from Rockland County, New York, is expecting her first child with her husband Jimmy, 30, this spring 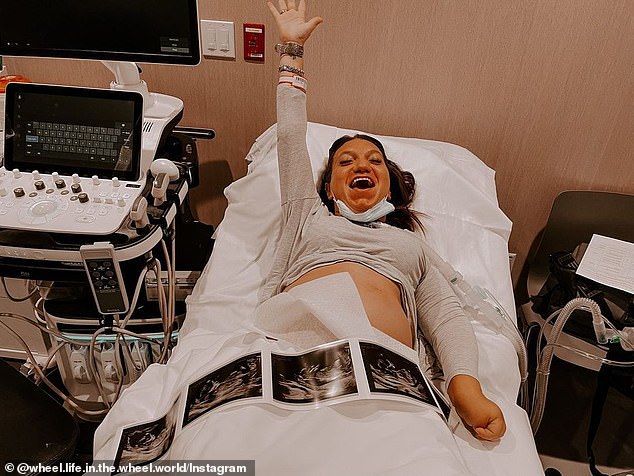 Celebration: The couple wasn’t sure she would be able to get pregnant because she only has one ovary in addition to her spinal cord injury

Alyssa, who is a disability advocate, said they had always wanted children, but they weren’t even sure she’d be able to get pregnant when they started trying.

While the United Spinal Association says there is no evidence that spinal cord injury affects the ability to conceive, she thought the odds were stacked against her because she only has one ovary.

She suffered a spinal cord injury at the top cervical level of her vertebrae due to birth complications.

When she was born, she couldn’t breathe on her own and was placed in an incubator. She wasn’t able to move her fingers until she was 18 months old.

Alyssa said that her parents never treated her like she has a disability when she was growing up, noting she also had supportive friends. 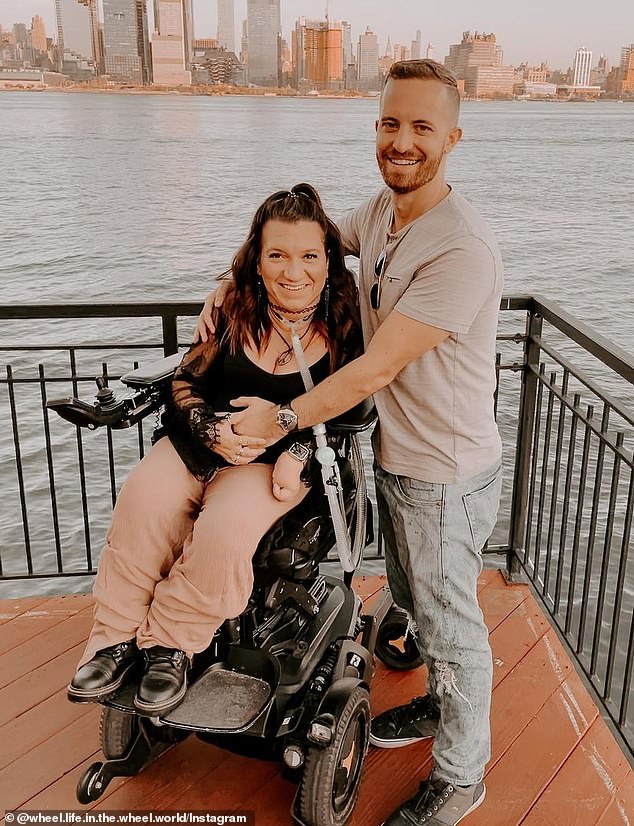 Going for it: Alyssa and Jimmy started trying for a baby after her doctor told her it was possible for her to conceive 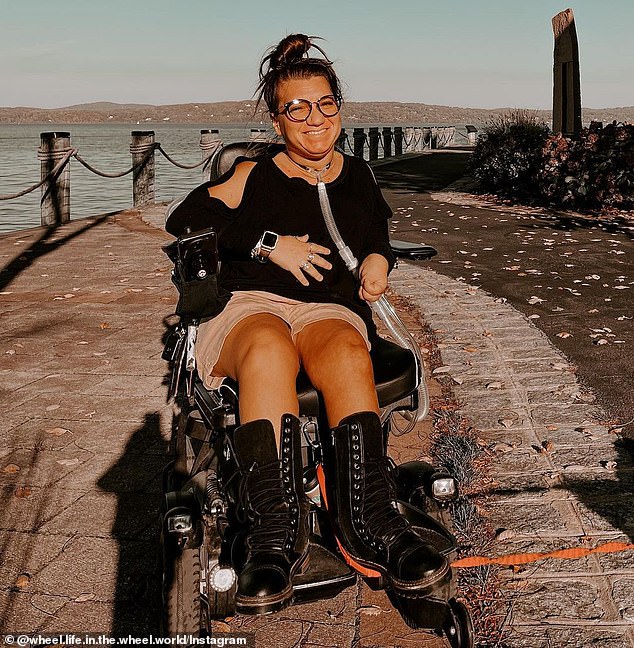 Possible: There is no evidence that spinal cord injury affects the ability to conceive, according to the United Spinal Association

She met her future husband on a dating site in 2013, but because she kept her wheelchair hidden in most of her profile photos, he didn’t learn about her condition until their first date.

Jimmy wasn’t deterred by her spinal cord injury and fell in love with her, popping the question in 2017. They tied the knot two years later.

The two started trying for a baby after she spoke with a doctor about her fertility and was told it would be possible for her to get pregnant.

While some expressed doubts about her carrying a baby, she said she was never fearful about what would happen, just ‘excited.’

Alyssa advised other women who have spinal cord injuries to talk to their doctors about having kids, saying: ‘Just go for it…you never know.’

The expectant mom has been documenting her pregnancy on Instagram with her 51,000 followers, starting with her surprise shoot with Jimmy.

In one picture, she is holding up a sign with a pregnancy test that reads: ‘Surprise! You’re going to be a dad in spring 2021.

Others show them holding up a sonogram and onesie in front of a cheeky pandemic-themed sign that says: ‘My parents did not practice social distancing.’ 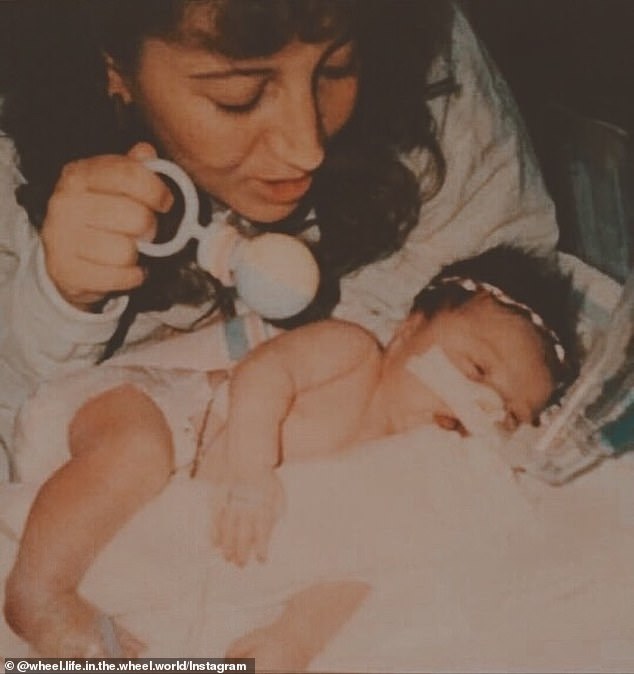 Looking back: Alyssa (pictured as a baby) suffered a spinal cord injury at the top cervical level of her vertebrae due to birth complications 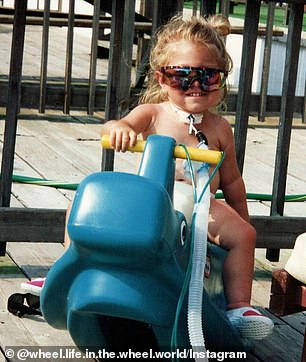 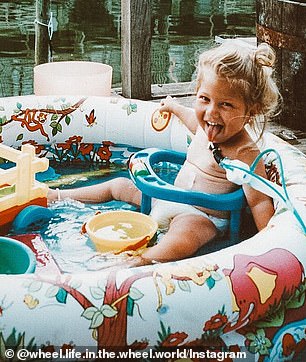 Happy child: Alyssa (pictured as a child) said that her parents never treated her like she has a disability when she was growing up 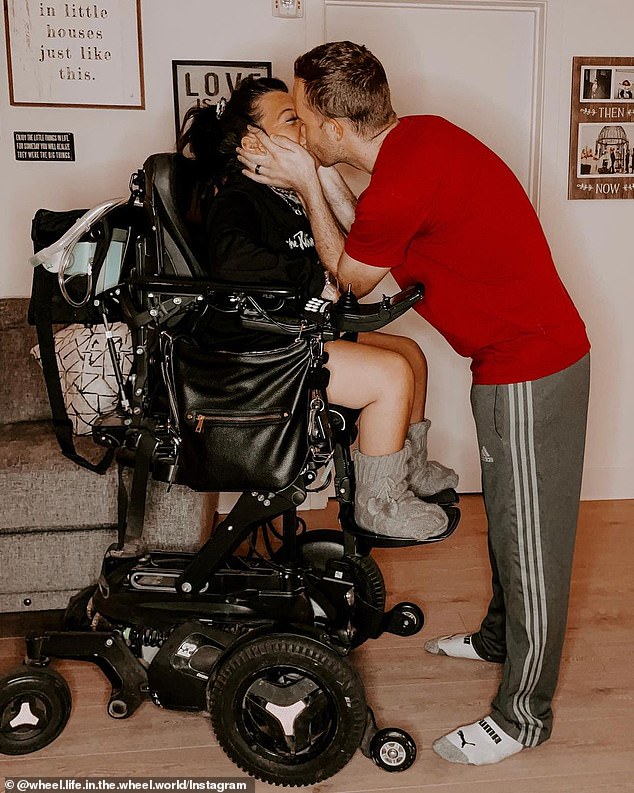 True love: Alyssa met Jimmy on a dating site in 2013, but because her wheelchair was hidden in most of her profile photos, he didn’t learn about her condition until their first date

‘NEVER SAY NEVER! SURPRISE!!!’ she captioned the post. ‘From being delivered by forceps causing my spinal cord injury to becoming an expecting mother!’

Alyssa uses her Instagram account to answer questions about her injury while raising visibility for people in wheelchairs.

‘Get to know the person — don’t ever judge someone by their cover. Don’t look at the wheelchair, look at the person,’ she advised while speaking to GMA.

Although she admits that ‘being pregnant while having a disability is scary’, Alyssa insists hit back at those who hasten to describe her as ‘brave’ just because she is living a ‘normal life’ while in a wheelchair.

‘Let’s talk about the word “brave”,’ she wrote in a recent Instagram post. ‘I have seen this a lot lately. Between my page and other pages with people who have disabilities. 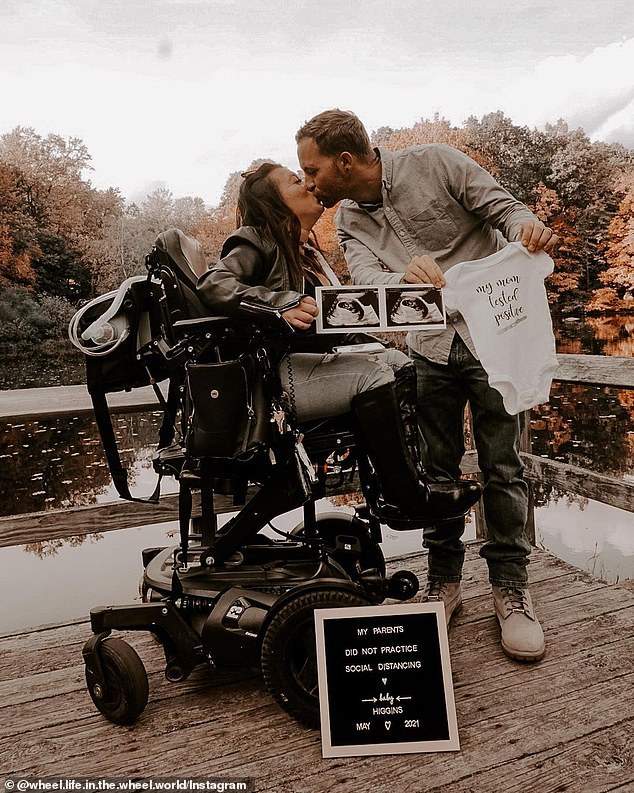 Aww! The expectant mom surprised Jimmy with the news that she is pregnant during a heartwarming photoshoot and shared the photos on Instagram in October 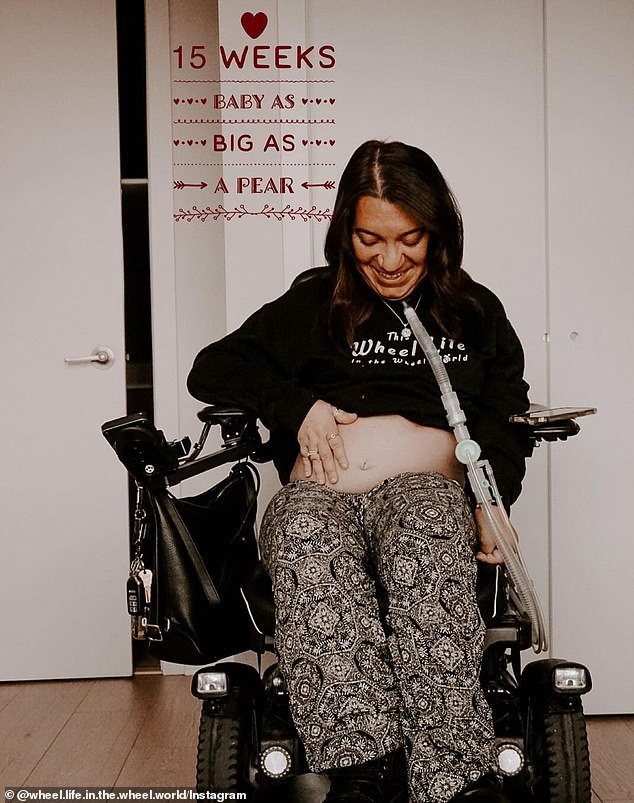 Step by step: The disability advocate has been documenting her pregnancy on social media 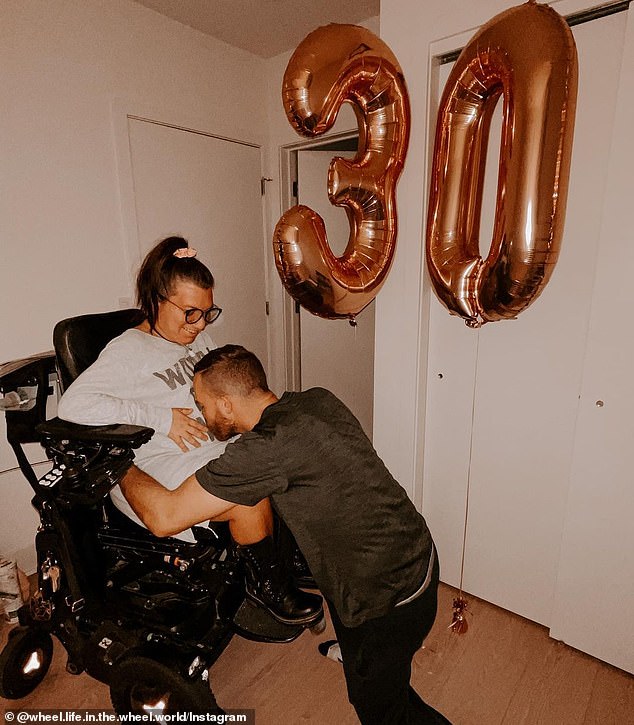 Inspiring: Alyssa, who has more than 51,000 followers, uses her Instagram account to answer questions about her injury while raising visibility for people in wheelchairs

‘It’s called just living a normal life with no f**ks given because we’re just as “normal” as anyone else. But let’s be real, no one is normal!

She noted that she has to ‘take a lot of precautions’ during her pregnancy because of her disability, but pointed out that every woman carrying their unborn child faces worries about the health and safety of their baby, whether or not they are in a wheelchair.

‘Being pregnant while having a disability is very scary and you have to take a lot of precautions but that doesn’t mean any women doesn’t go through the same thing!’ she wrote. ‘We’re all worried!’

She concluded: ‘We share what we share on social media to bring awareness. We do it without fear. We want abled body people to open their eyes. We want everyone to see we’re capable of anything we set our mind to.

‘We might have negative feedback from people but that’s where we have to laugh at them siting behind a keyboard.